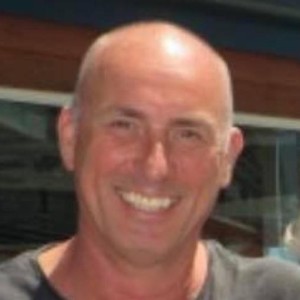 It’s located in the Hunter Region of NSW and covers an area of 110 square kilometres and is connected to the Tasman Sea by a short channel.

Lake Macquarie is twice as large as Sydney Harbour and is one of the largest salt water lagoons in the Southern Hemisphere.

Aboriginal people of the Awabakal nation lived in the area surrounding what is now known as Lake Macquarie for thousands of years.

The name Awaba, which means “a plain surface” was used to describe the lake.

Lake Macquarie was first encountered by Europeans in 1800, when Captain William Reid was sent from Sydney to retrieve a load of coal from Newcastle Harbour.

Reid took a wrong turn and found himself in a lake rather than a river, with no coal to be seen anywhere.

The name “Reid’s Mistake” was retained until 1826, when it was renamed in honour of Governor Lachlan Macquarie.

We stayed at the Ingenia Holidays Park at Mannering Point on the south west corner of Lake Macquarie.

This park is seasonally dog friendly so it is best to contact them as to whether your furry friend can stay.

There are 5 other dog friendly parks surrounding Lake Macquarie;

We always check out the Wikicamps App for all our places to stay, unless we get a recommendation that is.

It’s always been spot on and reading all the reviews/comments will help you plan where to stay.

If you are planing on any type of travel, this App will certainly help you out. It has a 14 day initial free trial, after which it’s a one time purchase and costs $7.99 and that’s it!

Great value and well worth it.

Our doggy days out are generally planned in conjunction with a visit to a beach and our stay at Lake Macquarie was no different.

Although on one occasion we did visit a dog friendly exercise area on the lake’s shoreline, which was a 15 minute drive north from Mannering Point.

This area is called Bonnels Bay Dog Exercise Area and is leash free.

It’s tidal and was a bit weedy and muddy when we went, although Ash had a great time in the mud. Blacksmiths Beach is a local favourite and a fantastic place to visit with your pooch.

Loads of space to play and great for a swim.

The dog friendly allocated area  is at the north end of this beach at Red Head, between 2nd and 3rd Creeks. You can find this beach at the north end of Caves Beach. It’s leash free and you can have access for play time with your furry friend 24/7.

This is a lovely walk along Lake Macquarie’s foreshore, which starts at the Warners Bay Lions Park which is on your left as you enter Warners Bay from the south.

The footpath is very easy walking on wide bitumen, with part of it known as the Red Bluff Boardwalk, and constructed above the edge of the lake. The trail is just over 6 km’s in total and includes a Sculpture Walk and Fitness Trail, including this bronze statue of a Tibetan Monk. We found Old Bar, NSW to be a great dog friendly destination with an off-leash dog beach and plenty of great cafes. Even a great live music dog friendly venue. Our Dogs Health and Wellbeing

How we can look after our dog’s health and wellbeing by identifying and understanding what may adversely affect them and how to keep them safe.